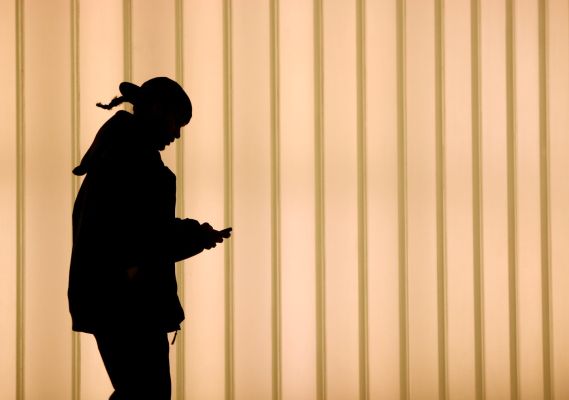 Talking to your kids about sexting? There’s an app for that

In the old days, a girl or boy could move to another town or another school to escape the humiliation, but now viral images cross all borders. Photo Credit: AFP/Getty Images / Kimhiro Hoshino

Teens using their cellphones irresponsibly is a problem that crisscrosses the globe. Witness the recent sexting scandals in Kings Park and Colorado. Now a former Long Island teacher is trying to convince teens that cybertalk needs some widely accepted guidelines.

Katie Schumacher of Rockville Centre has created a presentation, “Don’t Press Send,” for smartphones, which she calls “peer pressure in your pocket.”

She started by speaking with sixth-graders in Rockville Centre in 2013 and has addressed more than 40 groups of kids and teachers across the Island in and outside of classrooms.

Based on her talk, Schumacher launched a free smartphone app by the same name. It has been downloaded in places like China, Sweden and the United Kingdom.

The app is a “pledge” that takes about three minutes to complete and offers a lifetime’s worth of wisdom about social media. For example: “I will not type or send messages that I would not say face-to-face,” and “I am aware that ‘the screen’ creates an emotional disconnect, and I will choose to use kind and careful communication.”

Roughly 10,000 people have taken the pledge, Schumacher estimates. This app is wonderful because it gives parents and their pre-teens or teens the opportunity to have those awkward but vital conversations about cybersex.

I don’t approve of underage kids engaging in sexting, but it does, in fact, go on. And it can have horrific repercussions. One man told me that the 12-year-old daughter of a client killed herself after her nude image was shared.

In the old days, the family of a girl or boy could move to another town or another school to spare their kids the humiliation, but now digital images cross all borders. We must find a balance, a way to use these life-enhancing technologies that doesn’t result in tragedy.

The last time I wrote about smartphones, a woman responded that she would smash the phone with a hammer if she caught her child sexting. Surely, there are many varieties of good parenting, but that approach isn’t for me. Cellphones today are kids’ connections to their social groups. Other parents demand to know all of their children’s passwords, so they can follow along and monitor the texts and online postings. That’s no way to build trust, openness and respect in a relationship. That said, it might work for some families.

Parents can also use technology to eavesdrop on their kids’ smartphones. I spoke to Bob Lotter, the creator of one such surveillance tool, My Mobile Watchdog. He’s the one whose client lost his 12-year-old to suicide. Because there is so much confusion about how to punish sexting — Do we charge underage kids with child pornography? Register them as sex offenders? — Lotter launched a cyberdiversion program with advice from the National Association of School Resource Officers. It gives school administrators and law enforcement officials a punishment alternative to criminal charges. The sext offender must give up the phone for a week, submit to parental monitoring for a year and perform community service.

We’re all trying to find our way in this new land.

Schumacher said she used to check all three of her kids’ devices, but she recently stopped. Her senior will be going off to college, she said, and “my parents didn’t know every conversation I was having.”

Besides, kids find ways to escape parental oversight. The Colorado sexting case has drawn attention to “ghost apps” that can hide nude pictures.

But we don’t have to be tech geniuses to keep up with the latest in mobile wizardry and to give our kids guidelines. Schumacher’s app is a great place to start the conversation.

View the entire article at: http://www.newsday.com/opinion/columnists/anne-michaud/talking-to-your-kids-about-sexting-there-s-an-app-for-that-1.11186272