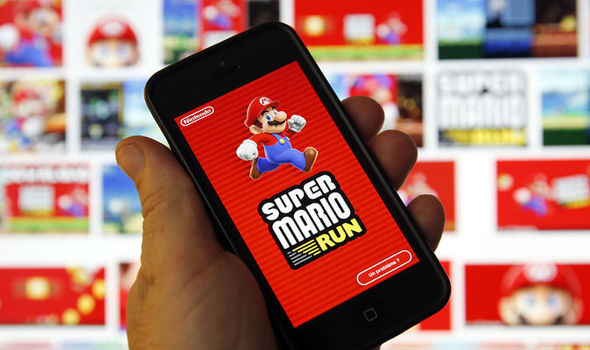 NEW YORK (AP) — Super Mario might be running, but a hefty price tag for a mobile game just won’t fly with the masses.

The world so far is underwhelmed by “Super Mario Run,” which Nintendo released for the iPhone last week. This is no “Pokemon Go,” which captivated millions of players in their quest to collect digital monsters at real-world locations. Nintendo’s stock price has fallen 7 percent on the Tokyo Stock Exchange since the game’s Dec. 15 launch, and the game is rated just 2.5 stars out of 5 on the iPhone app store.

The problem, it seems, is not with the quality or design of “Super Mario Run.” Both are top notch, with enough elements of classic Mario to satisfy old-school Nintendo fans, alongside mobile-friendly features such as the ability to play with one hand.

Rather, Nintendo’s overly optimistic $10 price tag, as well as an inexplicable requirement for players to be constantly connected to the internet while playing, could be enough to turn off all but the most hardcore fans.

Players can download the game for free and play three of the 24 available “worlds.” This takes only a few minutes and leaves one extremely unsatisfied. It’s like dining at a pricey restaurant knowing you can only afford the appetizer.

THE FIX: Nintendo should slash the price in half and offer more content for free, says Jordan Edelson, CEO of Appetizer Mobile, a mobile app development agency in New York. Oh, and once the price is cut, it would be a good idea to make the game available on Android, too. After all, most people in the world have Android phones. Android users tend to be less willing than iPhone users to pay for apps, so a price cut is essential.

The game requires a constant internet connection. It’s understandable with “Pokemon Go,” which uses your physical location as part of game play. There is no obvious reason need for it with “Mario,” and that just leads to frustrations. Why can’t one play on the subway? Or in airplane mode on the airplane as holiday travel season heats up? What if someone is away from Wi-Fi and has a limited cellular data plan? Sorry!

In a statement, Nintendo said connectivity “allows us to offer a variety of features and services that enhance the play experience. ‘Super Mario Run’ is not a static experience, but rather one that players can continue to return to again and again to enjoy something new and unexpected.”

The features Nintendo cites include the ability to play across multiple devices, limited-time rewards and access to player data and scores for challenges with other players. None of these sound essential to an enjoyable playing experience.

THE FIX: Drop the connectivity requirement. “If you are trying to position it as a casual game (that can be played) with one hand, you want people to be able to play it wherever they are,” Edelson says.

WHAT NINTENDO GOT RIGHT

If “Super Mario Run” gets over these two big hurdles, there is still a chance the game could be a success. After all, Nintendo fans have been waiting for a mobile Mario for nearly a decade, pretty much ever since mobile games have existed, so they are likely to give the Japanese gaming giant a second chance.

With this much waiting, expectations have understandably been high. Critics, who judge the game based on what it’s like to play it, have given it an average of 79 out of 100 on the game reviews aggregator Metacritic. This counts as “generally favorable.”

And they are right. Nintendo has done a good job translating Mario’s classic, side-scrolling world to a mobile screen. Mario runs without players needing to do anything, so they can focus on collecting coins and knocking out bigger enemies (usually by jumping on them). The music is music to the ears of any ’80s and ’90s Nintendo fan, and yes, you can play with one hand.

Users, though, have rated it 5.6 out of 10 on Metacritic. Many are angry about the price and the inability to play while commuting. And since it’s users and not critics who will go out and buy the game — or not — Nintendo may have a problem on its hands.

Read the entire article at: http://bigstory.ap.org/article/00b7bb2cf9af4a1bbaf5611330a8f224/super-mario-run-price-connectivity-missteps-nintendo