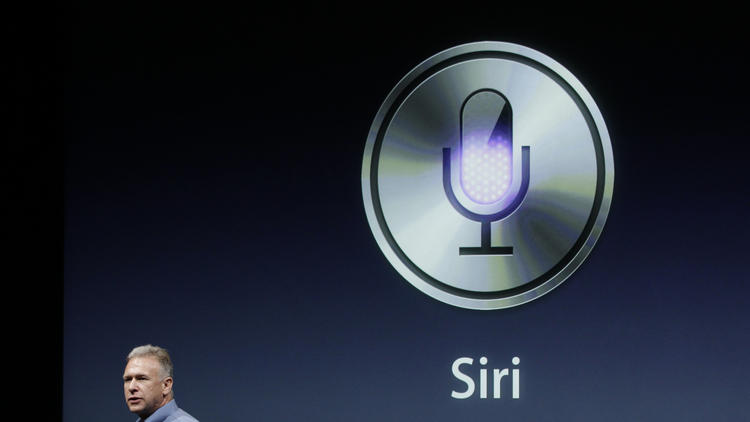 Despite the increasing amount of time people spend on their smartphones, the app market is in a lull.

Facebook, Snapchat, Uber and other big-name apps get heaps of downloads. But most everyone else is seeing demand level off.

That’s why appmakers are excited about Apple’s expected announcement at its Worldwide Developer’s Conference on Monday that apps may integrate with virtual assistant Siri. This would allow developers to build software allowing iPhone users to, say, talk to Siri to request a ride, order their meals or shop. Cool, new connections between apps and Siri could lift downloads.

But Apple rarely goes all-out with new tools for developers.

If the Cupertino company follows its usual course, experts expect there will be restrictions on the types of apps that can connect with Siri and on the actions users can take by voice.

Tight control over functionality at the outset lets Apple avoid tying up users in unpleasant experiences, whether it’s overpowered apps draining batteries or invasive software demanding too much access to a user’s personal files.

Though the reins loosen over time, there are short-term consequences.

Expectations about last year’s launch of the Apple Watch soured after software developers realized that the company’s restrictions would render many of the first apps for the smartwatch sluggish and unsophisticated. Just 20 of the top 100 free iPhone apps and 11 of the top 100 paid apps have a Watch version, according to data from tracking firm Sensor Tower.

“We thought we would see more uptake from developers,” said Paul Kopacki, chief marketing officer for Realm, which provides storage technology to 100,000 developers. “But Apple is rubbing against the limits of its first-generation hardware — battery, screen size — and one of their responses has been to limit what developers can do with it.”

Uncertainty about how to turn smartwatch apps into significant revenue generators hasn’t given developers the incentive to prioritize Watch apps.

“I get the impression that some users find watch apps nice to have as an extra, but it’s not a significant driver of sales,” said James Thomson, who develops the PCalc app.

Apple ended up with poor early reviews for Watch apps, which may have curtailed sales of the device.

“The Watch hasn’t saturated like the hot device on the market usually does,” Kopacki said.

Siri accepting voice commands for apps should generate less severe concerns for Apple compared with the challenges raised by the initial Watch model. Siri launched in 2011, and users are accustomed to interacting with it.

Issues may arise, though, if people have two apps with similar functionality, said Charles Teague, chief executive of Boston start-up FitNow. His company’s app, Lose It, helps hundreds of thousands of subscribers track their workouts and diet. Should a user with several fitness apps say to Siri, “I just had a ham sandwich,” each of those apps could seek to do something with the statement. The activity could overburden the device or confuse the user — problems that justify Apple erecting barriers. But it would leave some apps out of the Siri frenzy for a while.

“It can be frustrating for developers, but I can understand why Apple does it their way,” Teague said.

If Apple were to open the Siri floodgates, it would be the strongest signal yet that the company senses itself being squeezed by rivals Google and Facebook. The competitors want to boost their own virtual assistants by luring software companies too, so developers are predicting Apple may relax its approach this time around.

“Siri is big part of Apple’s future,” said Jordan Edelson, chief executive at app development studio Appetizer Mobile. “They are going to open it up.”

Apple regularly adjusts its policies to remain appmakers’ preferred distribution partner. Last week, Apple announced several changes intended to appease programmers. Getting an app — or a new version of it — on the App Store should be faster. Attracting users could become more cost-effective because the App Store will now have spots for ads, giving appmakers an alternative to the standard path of marketing on Facebook or Google. And Apple introduced the ability for more appmakers to sell apps as a subscription rather than just a one-time fee.

Teague saw news about the subscriptions and immediately crunched numbers. After a subscriber’s first year, Apple will charge developers a fee of only 15% of revenue, versus the 30% it siphons from paid apps today.

Apple’s event Monday in San Francisco also could introduce new tools for appmakers to work with Apple TV and even the company’s rumored augmented-reality gadgetry. Additional flexibility for the Watch wouldn’t surprise developers either.

Still, attention is focused on the big device that makes Apple and appmakers most of their money: the iPhone. With Siri poised to play a bigger role on the device, being more inclusive with developers could be central to the virtual assistant’s expansion firing up the app market.

“A key to Apple’s golden success has been its unprecedented developer success,” said Daniel Ives, a financial analyst who followed the company until recently joining mobile software company Synchronoss Technologies. “WWDC could be a step forward.”

View the entire article at: http://www.latimes.com/business/technology/la-fi-tn-apple-wwdc-20160610-snap-story.html