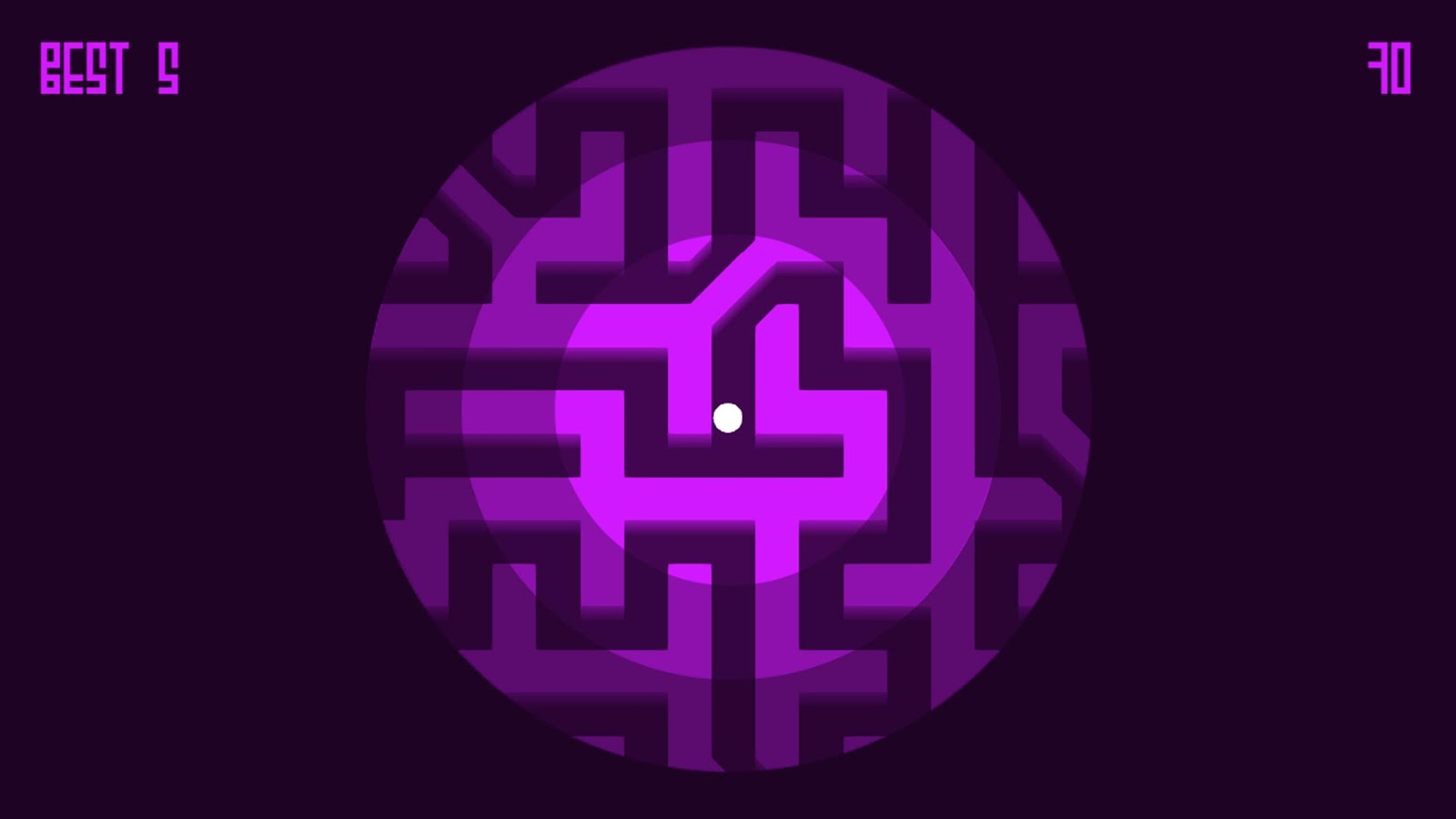 http://www.appetizermobile.com, an award-winning app development firm, announced today the launch of its latest gaming app called dïm. The app features an infinite maze that challenges players to progress through levels before the clock stops and the lights dim out. The game will offer players an aerial shot of the maze, but will require them to navigate through a challenging, dark eerie environment. The game can be played in both landscape and portrait orientations.

The app was developed using a rolling color spectrum and a flat design which allows players to see their immediate surrounding more clearly in comparison to the outer reaches of the maze. Dïm offers a simple interface with a clean, attractive design and a changing color gamut which alternates between bright colors at each level to

refresh the player’s visual screen. Players that surpass levels under the allotted time limit will be granted bonus time to give them a strategic edge to navigate the next level.

Some of the key features of the game include:

Dïm is now available worldwide for download through the Apple app store.

Launched in 2009, Appetizer Mobile (www.appetizermobile.com) is a leading app development agency based in New York. Founded by tech executive and 2015 Forbes 30 Under 30 entrepreneur, Jordan Edelson, Appetizer Mobile’s entities have engaged millions of consumers through downloads around the globe. Since its inception, the company has designed and developed more than 150 apps for world-class brands including, Kim Kardashian, Lady Gaga, Universal Music Group, Interscope Records, Epic Records, NBA Properties, ZocDoc, and Montessorium. Appetizer Mobile has been recognized for five consecutive years as one of the Top 10 Mobile App Developers in the U.S. by an independent authority. To learn more, visit www.AppetizerMobile.com