EContent: An Interview with Jordan Edelson, CEO of Appetizer Mobile 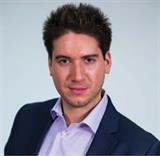 The next time you’re exasperated with a child spending too much time hooked up to a video game console, you may want to consider Jordan Edelson, CEO and founder of Appetizer Mobile. “When I was a kid, my passion was video games,” explains Edelson, who remembers going to the local library to play “Reader Rabbit” on the public computers. “Then I started to create video games myself.” From there, Edelson founded eSportsTV to stream live video game tournaments, partnering with companies such as Samsung and MTV before he’d even graduated college.

After serving for a few years as CTO for H3 Enterprises, Inc., which created hip-hop themed restaurants that leveraged multimedia technology, Edelson founded Appetizer Mobile in 2009 to create mobile applications for clients, including the NBA, Sephora, and Universal Music Group. He is particularly proud of the educational apps Intro to Math and Intro to Letters, created for Montessorium. “Steve Jobs emailed us to commend us on those,” says Edelson, “and Apple ended up featuring them in their advertising and retail stores.”

For Edelson and Appetizer Mobile, it’s an exciting time to be creating content. “We have all these tools and mediums available to enhance and extrapolate stories,” says Edelson. “It gives us an opportunity to create an experience that customers will engage with deeply.”

“We are on the brink of the explosion of VR [virtual reality] and AR [augmented reality],” says Edelson. “They open up doors for brands in terms of user experiences, like 360 degree videos. Whoever creates the most engaging content has the advantage, and VR and AR make it easier to do that.” He’s also keeping an eye on artificial intelligence (AI) developments. “AI is exciting, and dangerous,” says Edelson. “But it’s going to drive content creation.”

“The refinement and consolidation of platforms is still in flux. When I got to try Microsoft HoloLens [Microsoft’s self-contained, holographic computer headset], I couldn’t sleep that night—I had so many ideas of what we could do with it. But between Microsoft, Samsung, and Apple, it’s going to take a while for things to shake out and for there to be a more unified platform. When we do, it’s going to change the ecosystem for how we run our lives.”

“No one has figured out how to address fragmentation yet—how we make the experiences between all these different platforms consistent. It would be great to focus more on telling the story rather than building out the infrastructure to support the story.”