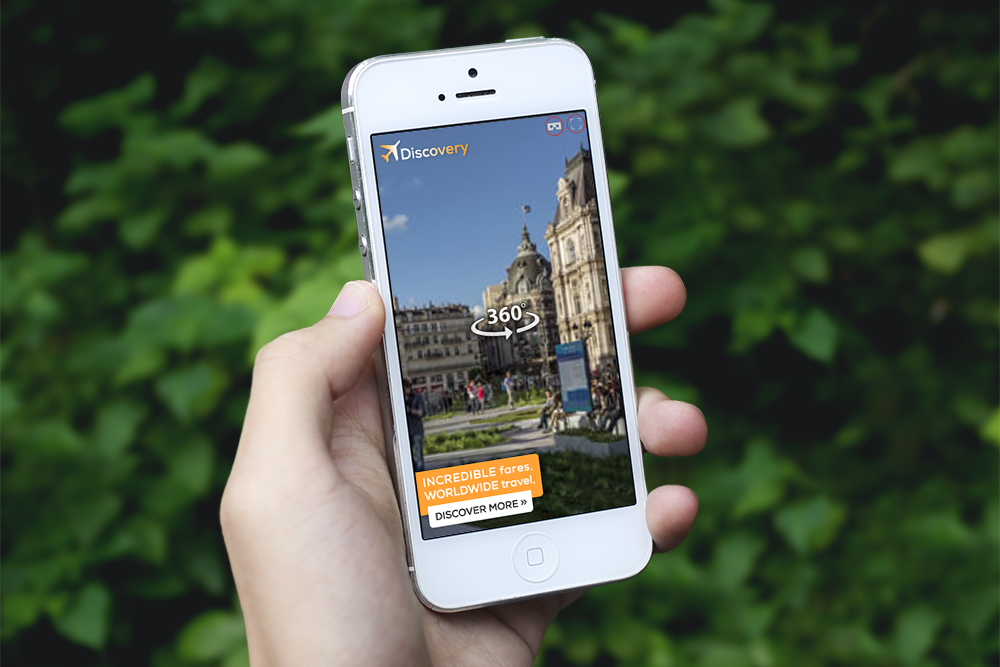 In an increasingly competitive and fragmented age for electronic content providers—when ad blocking, alternative content channels, and decreased attention spans seriously threaten the bottom line—publishers might want to consider seeking revenue solutions less in the real world than in the virtual world. Rolling out virtual reality (VR)and augmented reality (AR) content is a good start—but especially for those digital content players that lack the resources to provide such immersive digital consumables today, hosting and creating short-form VR and AR ads may prove to be a more winning strategy in the near future.

That’s the conclusion suggested by the findings of a new Vibrant Media study, “Media Planners and Buyers Insperience Survey.” After polling its agency clients, the company revealed that 67% of media planners and buyers want more VR and AR ads implemented into digital marketing campaigns, chiefly to increase consumer engagement but also to help curb ad blocking (49% of respondents believe that AR/VR ads can accomplish the latter).

The survey also found that 29% of media agencies are purchasing AR/VR ads for their clients. Among respondents who have bought AR or VR ads for clients, 67% chose VR versus 17% who opted for AR. The top two priorities listed for both AR and VR are creating consumer engagement and building brand awareness. Industry verticals expected to benefit most from AR/VR advertising, per the study, include automotive, gaming, and entertainment. Fast-moving consumer goods (FMCG) and fashion are anticipated to gain the most from AR ads, while travel and property/construction verticals will likely benefit most from VR campaigns.
Helen Mussard, VP of global marketing for Vibrant Media, says the major takeaway from the aforementioned report is clear: Consumers want less-intrusive and fewer irrelevant ads.

“When they do choose to engage with an ad, it has to be relevant to them personally and has to be a worthwhile use of their time,” she says. “VR and AR ads offer unique and engrossing experiences, so consumers can get absorbed in brand communications in a way no other ad formats can achieve. They bring a level of personal control over the advertising experience that has never been achieved before.”

Jordan Edelson, founder and CEO of Appetizer Mobile, a mobile app developer, agrees. “VR, AR, and 360-degree video formats provide a new level of interaction with advertising content that makes the experience more interesting to your average consumer, who is able to experience a larger dimension of immersion with these technologies. By using VR and AR, publishers and their advertisers can build native, shareable user experiences that will ultimately make ads much less intrusive,” says Edelson. “And immersive technology is not just for hard-core gamers anymore—it’s branching out and reaching consumers of all different interests.”

This holds true for all different platforms too. Publishers can be encouraged by the fact that VR/AR/360-degree content doesn’t necessarily have to be exclusively experienced on expensive headsets or apps. Many of these immersive ads are compatible with handheld devices, desktop PCs, and/or VR headsets, and many can be launched from native placements within editorial content.

However, with a cross-platform infusion of immersive content, publishers are increasingly pressured to bring innovative and engaging advertising experiences to their clientele today, suggests Brad Phaisan, CEO of OmniVirt, a VR and 360-degree distribution and advertising platform.

“They need to keep their technology stack competitive with the latest formats and data that is available from the emerging duopoly of Google and Facebook,” says Phaisan, whose VR/360-degree ad units yield an engagement rate that’s 10 times better (across all demographics and devices) than standard ad units. “In addition, they need advertising experiences that better engage their consumers,” he says.
Phaisan cites Netflix as a recent example of a publisher that jumped on the AR/VR ad bandwagon and garnered a lot of attention for its efforts. The streaming service promoted its first reality show, Ultimate Beastmaster, via a 360-degree video trailer and through Snapchat.

A major reason why immersive ads outperform 2D digital ads is that they provide new levels of functionality. “They’re not just advertisements as we’ve known them, where people observe commercial information that’s presented to them,” Mussard notes. “AR and VR ads enable consumers to virtually experience products and services. They can try on makeup, attend a pop concert, look around a holiday resort, or be a character in a branded game—and they don’t need to visit a store to do so. Those are significant changes to marketing communications.”

Digital publishers looking to host or create their own VR/AR ads need to proceed carefully, without overcommitting resources that can yield a poor ROI. “Targeting 360-degree video can be a good starting point. These ads should contain a powerful message that will resonate with viewers emotionally,” Edelson says. “Considering the level of immersion and complexity involved is crucial, as this will drive the cost of creation and the cost of hardware necessary to deliver the ad.”

Phaisan echoes that recommendation. “It is critically important that digital publishers understand the impact of investments they make in this immersive medium. We don’t think it makes sense for them to overinvest in VR or AR content production or build custom VR apps.”
Be careful, too, not to limit content compatibility with any particular hardware. “Brands that invest in VR and AR campaigns that require apps, headsets, and accessories to work reduce their potential audience immediately,” Mussard adds.

Lastly, be prepared to roll with the changes. “A lot will depend on consumers’ tastes and their willingness to adopt immersive technology and opt into the experience,” says Edelson. “Ultimately, the user will dictate what ad content they engage with versus traditional non-VR or AR advertisements.”

Read the entire article at: https://appetizermobile.com/2017/05/08/econtent-virtual-augmented-reality-ads-improve-consumer-engagement/